New Video for Those Who Make The Rules

At last, after a good 6 months of stuffing around, Ive finished the video for my song: Those Who Make The Rules. See it here.

I've called this as an alternative rock song, for want of a better description that's slightly less bland than calling it a rock song. Be that as it may, it's really an angry song about the Global Financial Crisis that has just about brought down Western Civilization as we know it.

In the 80's they said greed was good, but I never agreed with that. Don't get me wrong. I'm all for making a profit, but I'd rather people do it via the sweat of their brow or through clever innovation rather than through manipulating the system. In other words, cheating society by abusing their position in society.

Unfortunately, this has been allowed to happen, world-wide, thanks to those we should be able to trust, like our politicians and those running our financial institutions and major corporations.

And that's what this song is about: When those who make the rules break the rules, why can they get away with it?

Politicians have always been susceptible to corruption, from time immemorial, so it's nothing new. Trouble is, it used to be criminals who did the corrupting. But not any more. Over the last twenty to thirty years, the rules and regulations that protect us have been watered down or just plain torn down until we've been left naked and vulnerable without knowing it

And sure, through lobbying and donating to campaign funds, they've bought our politicians lock, stock and barrel, we still have to take some of the blame, if nothing else just for being complacent.

But I might leave that for another song. Those Who Make The Rules is about punishing those who have profited unfairly from our complacency. Still, there are those who refuse to take it lying down. They may be too few, but we are all in this together, so we should give them our moral support at least.


This is from Youtube, and the HD version isn't quite as good a quality as the .avi file I created, using Blender 3D, but it's not too bad.

Blender 3D, you say? Isn't that for modelling in 3D?

Well, yes it is. But it has a lot of other features as well, including being able to create and edit video clips. Primarily, this feature is for creating animations, but it is remarkably flexible for plain old 2D movies as well. If you want to create or edit videos for the first time and you need to do some fancy manipulation that something like Windows Movie Maker is unsuitable for, but you've never used any of the professional software packages, try Blender. It's free! It does have a big learning curve, but so do all the others. However there is a lot of help on the internet, and once you get the hang of it, you might actually want to try modelling and then making your own animated movies.

In the video, I started off by searching through public domain archives looking for a movie(s) I could use to take snippets out of to create a story I could put my song to. I've ended up using White Zombie, an old black and white movie from 1932.

Like my video for I Hate The Banks most of the public domain movies are old black and white movies. This time I decided on a love-triangle theme with Zombies thrown it. And who doesn't love Zombies? This probably one of the first Zombie movies ever made and it stars Bela Lugosi! 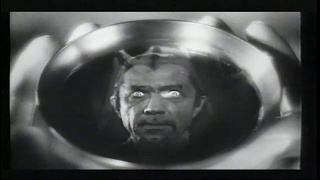 Posted by Unknown at 8:25 PM No comments:

Wrong End Of The Dial released 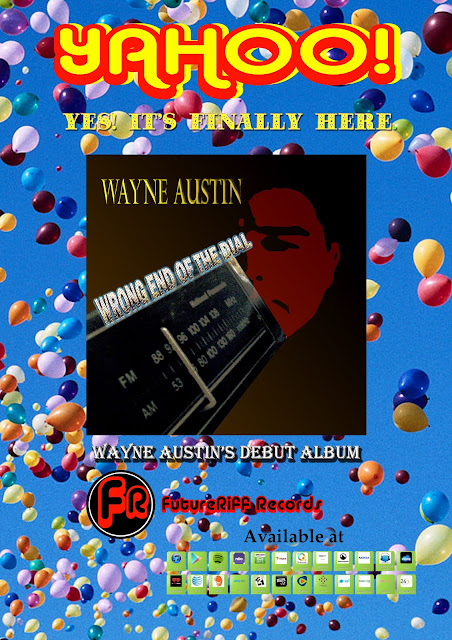 Finally, I can relax. My album Wrong End  Of The Dial is now out on itunes and a host of other online stores and streaming sites. That's my release flyer above.

For whatever reasons, it never showed up in pre-release and Ditto never got back to me, but it's there now in itunes Australia and in Amazon (as an mp3 album) - the two online shops I can see.

You can buy the whole album or individual songs or find them at these locations: 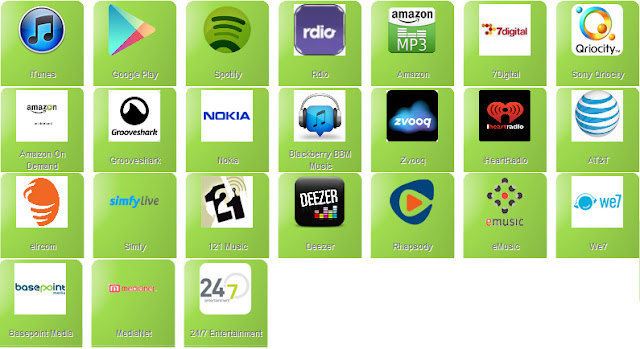 Monday should have been a great day, but wouldn't you believe it, those damn royals ruined the party by announcing Kate's pregnancy in a rather dramatic fashion.

Oh well, I'll keep plugging along. Work on my revised web site is taking longer than I've planned, partly because I can't find an easy to use WISYWIG web editor.

On a good note I've pretty well finalized the verses in my latest song. It's a blues tune I've called Milk and Honey, and I've got the structure sorted out. Now all I have to do is work out the melody and decide what instruments I'll use.
Posted by Unknown at 9:08 PM No comments:

FutureRiff Music is the record label for my music. I'm a studio artist, ie I produce music in my home studio, but I don't perform. I like to think I'm like a painter. I paint in my studio and then hang my pieces in galleries to be looked at and sold.
Let's face it, most independent bands will only perform in their local area, state and country, depending on how successful they become and probably never travel overseas. Thus, in a world of global marketing and sales, most fans will never see the band/artist they support live. So, since I'm not performing live, I have to find other ways of attracting fans. 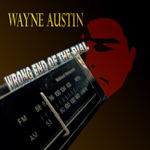 One way is to create videos for several of the songs off my first album, Wrong End Of The Dial, which is due for release on 3rd December,2012 in a whole variety of stores, including itunes, and for streaming from such sites as spotify.

I've released it worldwide through Ditto Music (in the UK), but if they have done anything, I can't tell, so Monday might be a fizzer. I'll only know, if it appears in the itunes Australia store. I had purchased pre-release, where the album or its songs can be purchased beforehand, but only downloaded after the release date. However nothing has shown up in itunes and Ditto haven't replied to my email. That's the trouble with these independent distributors, they can be great one moment and then like a complete ripoff the next.

So, over the coming months I will be trying to get radio airplay, putting music videos up on youtube and elsewhere and trying to get tv and internet airplay of those videos, all while trying to build a fan base through social networking. There are sites that offer this for a fee, but it usually involves them sending out emails to radio stations etc, containing little else but urls to where your music can be accessed from, and your link is perhaps just one of a hundred or more.

But I have to start somewhere. Check out my first video for my song I Hate The Banks,
on Youtube.
Posted by Unknown at 9:23 PM No comments: